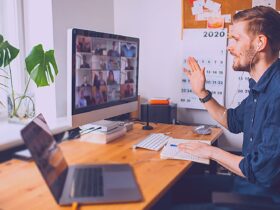 If you are a manager, getting your team performing and up to maximum productivity as quickly as possible is always the goal. The challenge is that there are a number of steps to go through before you get a team working optimally. Whether you adopt a simpler model such as the 4-stages of Forming – Storming – Norming – Performing created by Bruce Tuckman in 1965, or a more complex model such as the Drexler/Sibbet team performance model, it is important to realise you cannot short cut your way to peak productivity.

If you have just taken over a new team, check out these 9 team building mistakes to avoid making with your team.

Ensuring team cohesion in the beginning is an essential step of helping people feel part of a new team. Make sure that people feel able to communicate openly with each other helps build trust and will help bring the individuals together as a team. Proactively create spaces for the team to get to know each other, both personally and professionally, so they can get to understand how they can complement each other’s abilities.

People will likely be excited when joining a new team, and want to contribute as quickly as possible. Setting clear performance guidelines and expectations early on is essential to ensure they help the team achieve its goals. Experienced team members may bring assumptions on performance from their previous role, so as a manager, make sure you set clear KPIs and behavioural expectations right from the start, even if people join you from the same organisation. In the Drexler/Sibbet model, Goal Clarification ensures everyone is clear on what they need to do, and helps avoid the apathy and skepticism that can accompany a lack of clarity.

Once you have set these KPIs, be sure to assess them regularly. If as a sales manager you value clean CRM data, set a 1-1 to measure this in week 2, and provide feedback as necessary. This check-in reinforces the importance of this behaviour, and holds your team accountable to make sure it is done. Make sure early on to check on performance quality as well. Attend a sales meeting with them (even if they don’t like it) and provide feedback on how well they performed. Accountability and feedback early on is essential to focusing team behaviours.

It is very possible to get busy as a manager, and forget how much time you need to give to new team members. Leaving them to their own devices, having infrequent 1-1s without a clear agenda and leaving their onboarding to other team members can all contribute to a lack of clarity in your newbie. The more you coach early on, even multiple times per week, the more confident you can be that your people will produce the right behaviours, which will allow you to relax and space this out later on.

Once your team is up and running, your behaviours as a manager need to change. The close care and attention that was valued early on will eventually come to be perceived as micromanagement, and resisted. Rather than slowing the team down by checking every factor of their performance, how can you have less frequent, faster check-ins that still help you know everything is on track as well as ensure your team members feel supported and accountable?

Setting Everyone The Same Goals

Sales targets exist to ensure the business meets its performance requirements. However, each of your team members should probably have different goals based on what they want from their careers. If you have someone who wants a promotion, encourage them to aim for 125% performance. Team members looking to become managers should show how they can manage themselves first and also demonstrate how they invest in other team members when they get the chance. Over-performers will want to be challenged, so be prepared to raise the bar in some places.

As you now know, building momentum in a team can take a little while. In the beginning, this lack of progress can quickly lead to frustration and a feeling of being on a treadmill. In order to help your team feel a sense of accomplishment, be sure to regularly review, recognise and even reward progress. People want to feel successful, and even small wins can generate this feeling. Plan in regular retrospective meetings and change things up so you get different perspectives each time.

Helping other people recognise your team’s wins early on has a couple of great benefits. Firstly, if it is a newly formed team, it helps people recognise the value that team brings to the organisation, and helps establish the team as a real contributer and player. Secondly, rewarding and recognising good behaviour through positive reinforcement dramatically increases the likelihood of it getting repeated. As a manager and leader, your success is viewed as the sum-total of the successes of your team, so be sure to profile them early and often.

At all points, but especially early on, team members need feedback. Often, we want to protect our people by not telling them the difficult feedback, but this only creates bigger problems further down the line. Instead, develop a culture of sharing all feedback openly, both good and bad, so your team have complete clarity on their performance. Coupled with strong support and coaching, constructive feedback can really drive improvements in team behaviour.

So there you have it. 9 simple mistakes you can now avoid making with your team. The job of a sales manager is tough enough as it is, so find a way to have your team working with you, rather than against you, by using these top team building tips for sales managers.

Top Movies Every Salesperson Must Watch

Not only are these all great movies, but each of these movies have great lessons ... 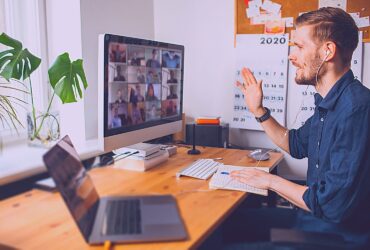 Whatever you are selling, use these simple techniques to improve the effectiveness of your zoom ...